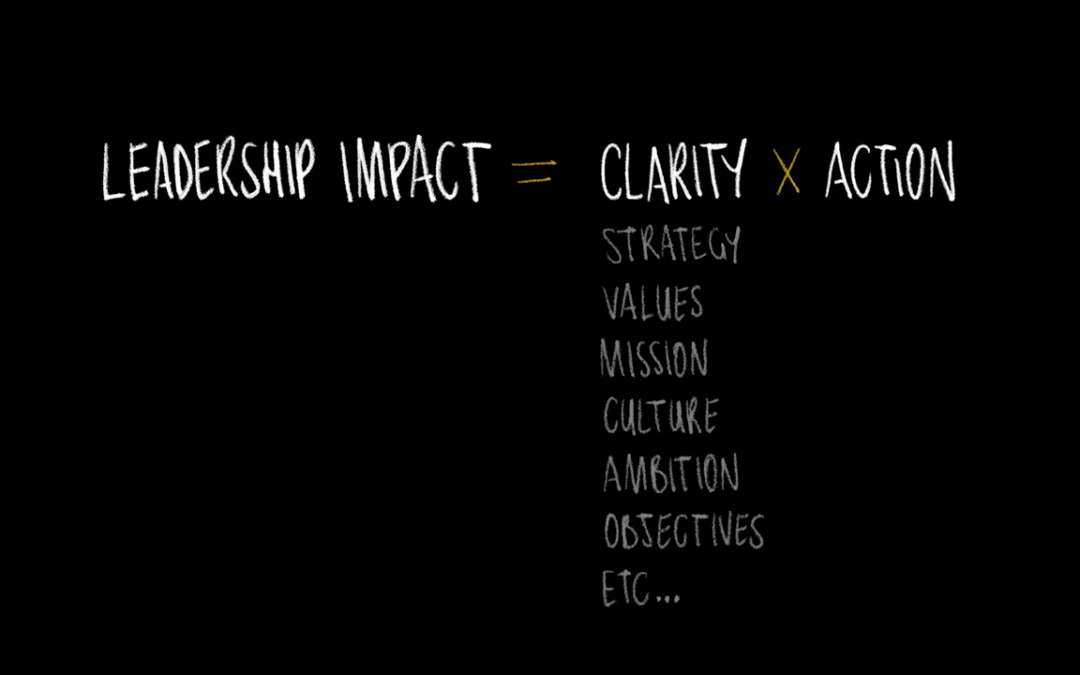 When Lou Gerstner took the helm of IBM in the depths of its despair in 1993 he was widely lambasted by the business press for saying the last thing the company needed right then was a strategy.

On closer inspection, what he actually said was not that they didn’t need any more strategies – that the company’s problem lay not in the quality of their strategies, but in their willingness to choose one and implement it. In other words, they needed to do less talking about it and more getting on with it. Gerstner stopped talking, started doing and famously reinvented Big Blue. And in his actions, rather than his words, lies a moral for us all. Strategy is nothing without the courage and ability to implement it. As Peter Drucker, the father of business strategy, famously said, ‘Ultimately all strategy devolves into work.’ In other words, the ultimate role of the leader is to get stuff done.

Ideas, I believe are easy – ten-a-penny. What is really, really difficult is the selection of the right idea and the turning of that idea into a concrete reality. Ideas can only really be considered great once they have been executed. And executed excellently.

I once worked with a very talented creative director. For one particular assignment he became obsessed with the idea that the solution was to project an advert onto the moon. Would this have been a fabulously effective solution for this brand? I can confidently say, yes, it would have been. But the rather inconvenient fact that there was absolutely no way we could do it was a detail it took many months to get him to reluctantly concede. It therefore wasn’t a great idea, it was a useless idea, and indeed simply got in the way of finding a great idea.

Because I enjoy maths, I wrote an equation to describe the relationship for a leader between thinking and doing:

In the equation, clarity represents all the aspects of planning a leader must do – and often re-do, in order to describe their task and challenge. For example strategy, vision, objectives, culture, values, purpose and so on. They’re all important. The point of the equation however, is that without action, you will achieve no forward movement. At its extreme – without action (i.e. action = 0), you can have all the strategy, clarity, team training sessions and spreadsheets you like, but your total net impact as a leader will be zero.

However, the equation liberates rather than constrains. Viewed from a different perspective, it says that you can be imperfect in many areas, but if you are decisive and focused on action, you will still create momentum and change. This is important for two reasons. First, it clearly lends a bias towards action in deciding how we will spend our time, and secondly, it should make us less paranoid about the precision of our planning and the inevitable weaknesses of ourselves and our teams. These shortcomings are diluted by the equation because it biases towards action.

As a leader, it’s possible to be very busy doing ostensibly useful things and never move beyond ‘Clarity’. We’ve all done it – and seen others do it, What the leadership equation shows us is that though those things are important, without being paired with action they aren’t just worth less, they are worthless: Your Impact will be zero. We’ve all seen that too.

Creating action is the primary goal and daily task of the leader. If you create action you achieve Leadership Impact. And given the unknowns of the real world, it is nearly always true that imperfect but intelligent progress is the best you can ever hope for – so take that as your primary aim.

The unwillingness or inability to act, as Gerstner indirectly observed, is where most leaders fail. So, if there are only two words you remember, make them Clarity & Action. Stay close to them and you won’t go far wrong.